#Houston May Benefit From U.S. Supply Chains Shifting Away From #China

Many U.S. companies are expected to adopt a “China Plus One” strategy, in which they leave the bulk of manufacturing operations in China, but expand their supply chain into other countries to reduce disruption risk and limit the impact of tariffs.

Chinese exports to the U.S. decreased 12.7% in 2019, and total trade between the countries was down by $100B year-over- year. Some countries to benefit from the growing trend include Taiwan and Vietnam, the U.S.’ fastest-growing trade partners. Total trade between the U.S. and the two Southeast Asian nations increased in 2019 by $18.7B and $9.1B, respectively, according to the report. Some countries outside of Asia, like Belgium, the Netherlands and France, have seen increased activity as well.

Source: Houston May Benefit From U.S. Supply Chains Shifting Away From China 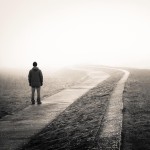 Get the latest posts by email

Use #SCADA data for greater profits

New Approaches to #Manufacturing During #COVID-19

5G Is on the Way: What Will It Mean for #SupplyChains?